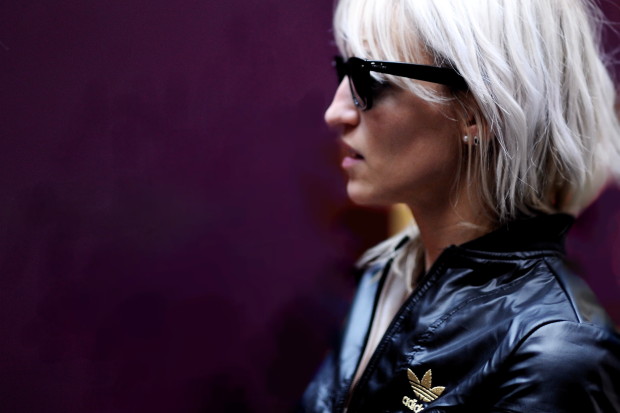 Few DJs have accelerated up the ladder of international dance music stardom quite as spectacularly as Laura Jones. In 2011 she appeared out of nowhere courtesy of ‘Love In Me’. an organ-house anthem that topped Beatport’s Deep house chart for weeks before taking up residence for another marathon chart stint a second time round thanks to a Maceo Plex remix. One hit wonders are ten a penny in dance music but Laura announced her intent to stay firmly in our hearts and minds with a flurry of stylish and acclaimed releases that painted her broad underground sound in even greater detail. With tracks, EPs and a compilation CD on home labels Leftroom and Visionquest and further releases on Crosstown Rebels, Noir, Culprit and Dogmatik, the list doesn’t stop there. Remixes of Ibiza classic ‘I’m Lonely’ by Hollis P Monroe or Romanthony’s 90s anthem ‘Let Me Show You Love’, Mixmag features, RA reviews and high profile podcasts mounted up and with them her bristling diary began to burst at the seams.

Laura’s impressive list of gig scalps most notably feature Detroit’s Electronic Movement Festival, the UK’s Warehouse Project, Amsterdam’s Mysterylands and Open Air festivals, Richie Hawtin’s ENTER. night in Ibiza, several USA, South America, Australia and Asia tours, a residency for institution Back to Basics in Leeds and repeat appearances at the two clubs that have inspired her most to take to the turntables, Fabric and DC10. An obsessive vinyl collector from day one, Laura found her calling in life after discovering underground house on the hallowed Ibizan terrace and pursued it at every opportunity under the guidance of London’s taste-making sound system.

While her debut tracks on Leftroom and Visionquest might have marked her as a forerunner of the deep house revival, Laura’s roots in underground house and techno are always on display in her DJ sets. Her unique stage presence has made her one of dance music’s most unforgettable discoveries and her story is sure to continue unravelling at lightening pace for some time to come.