Born into a mid 80s cultural landscape suffused with the gentle angst of ‘The Breakfast Club’, Clarian grew up in Montreal and began recording and composing as a teenager when suburban kids were falling asleep to Radiohead’s ‘The Bends’. It is this arc of references – 80’s film, the quiet despair of New Wave, the solemn sublime of late 90s indie, that circumference his productions, which have been released on various house labels du jour, from Visionquest and Supplement Facts to Life And Death.

Clarian first appeared on the dance music map with the release of Footprintz’ Utopia EP (2011), which garnered endless critical acclaim, and culminated in appearances on year-end music mag charts such as DJ Mag. But Utopia is not just the name of an EP. Instead, the longing for a utopian world provides the impetus for Clarian’s musical output. From lyrics to instrumentation, Clarian looks for beauty in lost romances and magic in the everyday and ordinary. More interestingly, perhaps, Clarian also seeks a kind of desperation in the beautiful. We hear this sonic complexity in his aching and epic single “Shine”, for Life And Death – a dance track that does not hide behind the anonymity and banality of beats and cheap crescendos. “Shine” is unafraid to shine, unafraid to be beautiful, and unafraid to be musical.

With a solo mini LP for Visionquest released in early 2013, Clarian is currently in LA, where he plays chess and performs his haunting gothic mystical romance music amid the sweet surrender of swinging drums and the permeance of synths. 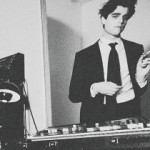 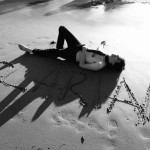 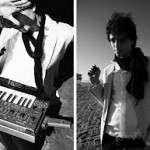