Master of the seductive synth, sensitive, pop-inflected songwriter, and all-round label visionary, Lee Curtiss knows how to straddle the dance industry’s many contradictions, in the process releasing hits as exquisitely crafted and mentally twisted as they are in global demand. The musical engine room of Visionquest, the label pioneering the sexier, more carefree sound now trickling into the mainstream, Lee first made his mark as a producer with releases for Spectral, Get Physical, Supplement Facts, and Wolf & Lamb. Through DJ sets that mine the depths of dance music’s history and live PAs that pave the way to its future, Lee has showcased his inimitable sound in the world’s most esteemed clubs—to name just a few: Circo Loco, DC10, and Fabric London. In addition to residencies in New York, Chicago, Miami, and Berlin, Lee has appeared at festivals as large as Glastonbury, Time Warp, and Creamfields. Two of his biggest hits, “Good Vodoo” and “Smoking Mirrors,” both made RA’s top tracks of 2011, and his latest EP, the ultra naughty Lunatic Fringe, described as “DJ Deeon meets Phil Spector,” was 2012’s top seller for Visionquest.

But despite all of this success, Lee is much more than a mere techno producer. He has done celebrated remixing work for pop icons such as Tracey Thorne and director David Lynch, and as close friends know, he is just as happy at home in the studio drawing inspiration from bands like My Bloody Valentine, INXS, and Roxy Music as he is electrifying the club. These diverse influences shine through in his work, furthering his artistic goal of “bringing non dance music into dance music.”

The last few years have seen big changes for Curtiss. A move from Detroit to Chicago rekindled a passion for art, food, and fashion. And of course, Visionquest, the label he co-founded with the close-knit family of Seth Troxler, Shaun Reeves, and Ryan Crosson, took off into the stratosphere, transcending the confines of the underground and becoming a global brand. Together they recently embarked on Visionquest 13, 13 dates where the boys not only played together the whole night, but curated a true multimedia experience. More a happening than a party, London’s Guardian called the Visionquest 13 stop at Glastonbury “immersive theatre and psychedelic primitive-futurist mind-sex.”

Lee’s personality is just as hard to stereotype as his career. Don’t let his broad shoulders and wide grin fool you, because behind the straight-shooting air of a Midwestern woodsman is the wry, self-effacing humor of a Larry David. Often describing himself as “concerned about the future of house music” even while he perfects its form, Lee’s upcoming goals include finishing a double EP for Visionquest, releasing a pop album on which he has been hard at work, and producing a variety of other bands across multiple musical genres. A true renaissance man, Lee is always excited for the future. 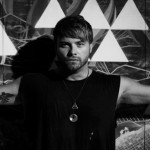 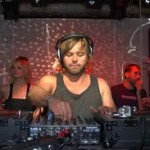