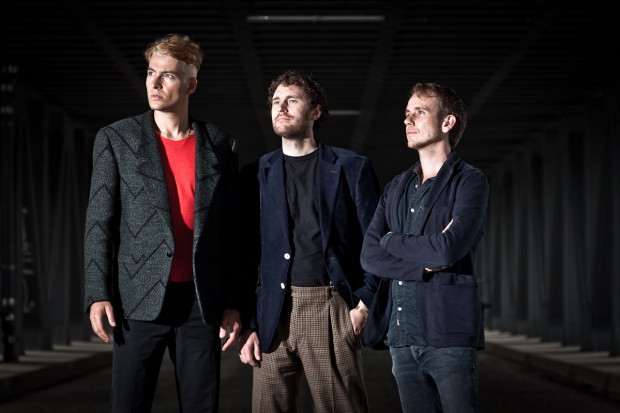 It was a warm mid-summer afternoon in 2008 when Jakob Seidensticker, Florian Schirmacher and Henrik Raabe met, “just to play a bit around”. With some congas and drums, some quite old synthesizers plus a sequencer they started jamming in a basement studio close to the Hamburg harbour. The session was ment to be a pure fun thing. Nobody really intended to press the record button, nevertheless someone did !

The outcome was a 46 minute recording by three guys talking to each other via a very rhythmic language. The connotation was an epic ritual dance, so it was named “Men Village”. Even though it was clear that no record label on THIS planet would be interested in this unique recording it was released on an electronic club label, which reflects the new dimension of time as well…

It became more and more known, that Wareika songs are way too loooong. Each Song as a unique piece and a fine result of three men´s work. No matter if it´s a remix or an original: Wareika puts the same efforts in it, in order to produce their own sound.

And within the name itself, “Wareika” contains a huge amount of connotations, which all members have virtually in mind. Their studio: a virtual hilltop, a work of Wareika’s  spiritual result of listening to each other and a drum thing. Down from this hill comes their music, which marks Wareika’s artistic breakthrough.

In May 2009 and from noble gene, a song was born, called “King’s Child”. A remix for this Techno-Jazz marriage was done by Ricardo Villalobos and led to heavy attention around the globe.  Wareika´s own remix work even gained bigger attention. Wareika´s remix for Islandic band Gus Gus („Thin Ice“) ended up in an invitation to join their European tour. And after four weeks of touring the guys were ready to present “Wareika” as a complete band in the best sense. The club rooted trio played concerts within complete artistic freedom. Forming a new sound by the clever use of elements from Techno, House, Jazz and Classical music. They simply feel the need in experimenting with polyrhythm arrangements and to develope their very own and indeed unique sound. The single bar itself is spreaded into another sense of time.  Some of theses ideas were taken by techno music masters and merged with Wareika´s  joy of playing live! Improvised music to dance to…

In February 2010 their debut album “Formation” was released on Tartelet and it was time to conquer the world. Tokyo´s Unit club went crazy, Paris was burnin, Rome full of amore. New York is coming and Berlin´s Berghain is still bouncing. Wareika´s live gigs are worth a visit and always different.  If you link their live experience with their recording skills, the next step was a logical one. Recording a one hour piece of music, cross-bordering musical genres and programming and playing. They called it, quite obviously “Harmonie Park” and Perlon released it in June 2010. A classical piece of epic deepness and a confession to Techno.

There are many more horizons, hidden valleys and unclimbed peaks to conquer in music:  Stay tuned and follow the huge steps of Wareika.