All good music should tell a story. Tales of experience. Tales of joy. Tales of love lost and won. A Tale of Us.

Tale of Us are Berlin-based DJ and production partnership Karm and Matteo who are currently re-writing the rulebook for deeply moving, emotional electronic music. Together they share a sonic vision that pulls together elements of house and techno with influences from pop, nu-disco and even rock music. While all of their productions are instantly recognisable as Tale Of Us, these range from straight-up dance floor jams to low-slung ambient tracks and more abstract compositions. Already regular fixtures at clubs like Watergate and Weekend in Berlin, Tenax in Florence, Barraca In Valencia and DC10 in Ibiza they have grown up throwing secret loft parties called ‘Just This’, in their hometown of Milan. While both originally hail from North America, Karm was born in Toronto and Matteo in New York, they moved to Italy as children, which is where they met and formed the close working bond that they now share.

At present they are based in Berlin, an inspirational frontier, which has given them numerous opportunities to build relationships with fellow musicians who share their unique musical outlook. At the forefront of these like-minded visionaries are Seth Troxler, Shaun Reeves, Ryan Crosson and Lee Curtiss, who have been passionate supporters of Tale of Us since they first heard their music; so much so that they are releasing Tale Of Us’ debut EP release on their new ‘Visionquest’ label this spring.

Prior to this, Karm and Matteo had already released tracks on labels such as ‘Barraca Music’ and ‘Life & Death’ and had put out various remix collaborations with fellow ‘Visionquest’ label mates Shaun Reeves & Ryan Crosson. In particular the Tale Of Us remix of Thugfucker ‘Disco Gnome’ on ‘Life and Death’ was hailed by Mixmag as one best records of 2010. Their next remix on the horizon sees the duo try their hand at something totally different, with a standout remix of a track from the upcoming album of the rock band ‘Who Made Who’ which fuses together both rock and techno, managing to create something incredibly raw and poignant. 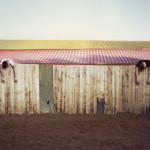 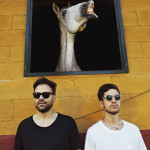