Ryan Crosson, Tale Of Us & Aquarius Heaven – Into Later Habitats 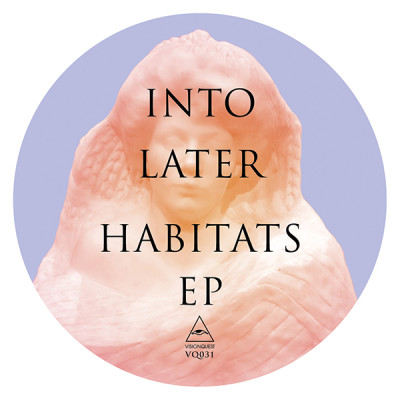 Visionquest’s Ryan Crosson, mighty duo Tale Of Us and the unique Aquarius Heaven all unite for the ‘Into Later Habits EP’ – the next release on the Visionquest imprint. A-side ‘Angel’ is a collaboration between Crosson and Tale Of Us, a multi-layered head trip with a moody intro of broken beats that builds with intricate textures until a rolling groove drives the track into another dimension. B-side ‘Head Under Water’ is structured around the penetrating and distinctive voice of Aquarius Heaven as he weaves a story of the importance of family and love. Beginning on a sparse, ambient tip with electronic bleeps and fx, the track develops with a hypnotic percussive groove that vibrates beneath the powerful narration.

One fourth of Visionquest Ryan Crosson had a creative purple patch as a solo artist in 2012 releasing the impressive, esoteric album ‘DRM’ and preceding EPs co-produced with Cesar Merveille. This year Crosson is on tour as V i s i o n q u e s t  T h i r t e e n with showcases on the worlds most spectacular stages, including Timewarp, Glastonbury and Burning Man.

The Italian/American and now Berlin dwelling Tale Of Us exploded onto the scene in 2011 with their debut ‘Dark Song EP’ for Visionquest and have since become one of the most in-demand live/DJ acts in the business. Always bringing raw, deep, and emotive strains to their music, the duo has also released on other maverick labels m_nus and Life and Death.

Aquarius Heaven is an ex-Reggae and Dancehall singer who got involved in electronic music when he met insane trio dOP in Paris, 2005. Breakthrough track ‘Universe’ came on Circus Company in 2010 and led to a release on Wolf + Lamb, ‘Can’t Buy Love’. Recently Aquarius collaborated with Miss Kittin on latest EP ‘Parallella Mundi’ for Circus Company.