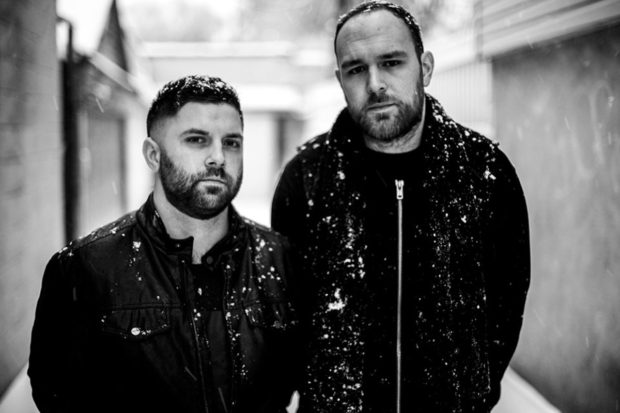 Ataxia are a Detroit techno production & DJ duo comprised of Ted Krisko & Rickers. They are one of the main roster acts on Seth Troxler’s Play It Say It acid house focused label, with 3 EPs to date on the imprint. The group’s discography includes a brand new record on Visionquest, multiple releases with Leftroom, and a top selling EP on Nervous Records featuring a collaboration with Terrence Parker & Merachka. Upcoming in 2018 is their next EP on Kevin Saunderson’s KMS imprint, a compilation appearance on Stacey Pullen’s new !K7 “Detroit Love” mix for Carl Craig’s Planet E Communications plus a vinyl only collaboration EP with Norm Talley on Out the Box.

They are 9 year resident DJs at Motown’s world famous TV Lounge, host their “Friday Night Machines” series at Detroit’s Marble Bar, and are frequent featured guests at Output in NYC & The Electric Pickle in Miami. Their North American festival resume includes 5 years at Detroit’s Movement Festival, 7 years all over Miami’s WMC/MMW, 2 years of Burning Man, plus SXSW & Moogfest. 2017 saw their European debut at The BPM Festival in Portugal, which was their 3rd festival appearance for the global brand. The inaugural tour of Europe also saw them at Seth Troxler & Martinez Brothers Ibiza closing party, as well as a late night into early morning set in the Hammerhalle at Berlin’s Sisyphos.

Rounding out Ataxia’s contributions to the world of dance music, Rickers runs My Baby Records with TV Lounge booker Mister Joshooa, while Krisko helps manage the label’s back end. It is a vinyl focused Detroit based label that features homegrown talent and some friends from around the world, with releases by Delano Smith, Acid Pimp, Eddie C & other Motor City staples. Plus, in addition to hosting their Night Machines series at Marble Bar, Krisko also handles the bookings at the venue. Under his helm, he co-founded the “Detroit, the House of Techno” series in partnership with Norm Talley, which has featured some of the strongest acts who emanate from the birthplace of techno, plus he has facilitated over 50 Detroit debuts for international touring talent since taking over talent buying in 2016.

Despite the heavy resume, Ataxia’s mission is simple: Let the music do the talking…