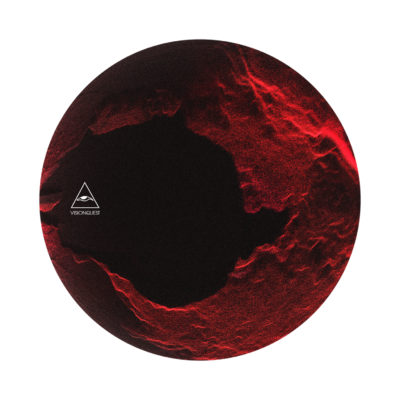 This June will see the release of Deadbeat’s “Jacks and Slow Dances” EP on Visionquest Records.

Deadbeat AKA Scott Monteith is a veteran producer currently residing in the ever inspiring city that is Berlin. No stranger to the Visionquest imprint, “Jack’s and Slow Dances” follows his 2015 release on the same label, entitled The Jacks EP.  His latest effort is comprised of 3 originals that are perfectly complimented by a remix from Visionquest co-head Shaun Reeves.

Monteith has been releasing critically acclaimed records since 2000 and has carefully sculpted a dub-laden sound that is uniquely his own and instantly recognizable. He has performed all over the world including top festivals like Sonar, Transmediale, Waking Life and Mutek. The esteemed labels he’s released on include Cynosure, scape, Revolver, Wagon Repair and his own BLKRTZ.

The EP kicks off with massive bass, big toms and cascading synths and effects that build with the “Boom Jack” vocal, until diving into a driving kick. The patient tension continues and the repeated synths rise and fall as the rhythm of the vocal becomes more frequent and more manic, sure to excite the dance floor. For the A2 Shaun Reeves’ remix of “Keep On Dancing” drops a 4/4 kick on the track and adds a classic Berlin low slung bass line that bumps along with some added sub bass, while delayed keys drift across the top. It’s perfect for summer sessions at Club Der Visionaire, which is a frequent haunt for both artists.

The B side kicks off with the original mix of “Keep On Dancing”, and sounds as though the listener is dropped into some remote jungle in the middle of the night. Monteith’s beautiful and casual vocal arrives drenched in reverb while the minimal percussion accompanies his thoughts along the way. The song continues through the night as an arpeggiated bass synth leads the listener toward the 4/4 kick and the delightfully swung hi-hats that follow. The EP is rounded out by “VQ Infinity Dub, an uptempo jam that starts with his mature building of percussion and cascading synths and vocals that drive and pulsate the track forward. Foregoing the typical use of the big clap/snare, Montieth instead  relies on the kick and shakers to keep the track moving and it just goes to show how effective his unique and unconventional his style can truly be.