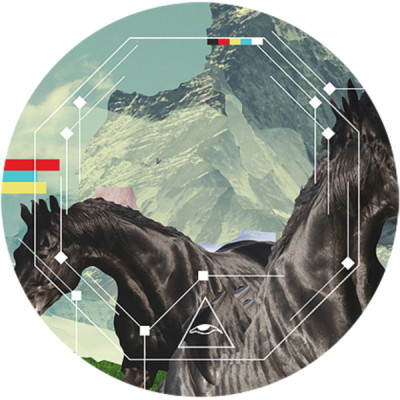 As the Visionquest imprint reaches release #15, it’s still tough to pin point the labels signature sound. A melting pot of imagination and tastes for four of the globes most dynamic DJs, Visionquest brings together three fresh voices in music for the ‘Teen Collection Hot Jam 96’ – a sampler with an eclectic take on summer grooves.

Lauren Lane is the LA based artist who cut her teeth as a DJ on the New York house scene and Visionquest is proud to present the blossoming talent’s outstanding debut featuring the inimitable Jaw (from dOP). Lauren’s production career all began after Jaw dropped by the Cielo club in NYC when Lauren was on the bill with Seth Troxler. Catching Lauren’s set and loving the style, the pair hit it off and soon started to collaborate in the studio. The resulting track, ‘Lazer Eyez’ is festival-friendly floor filler, combining a tough bassline with funky playful percussion, and lyrics that regale the haunting love spell of ‘Lazer Eyez’. Expect more from Lauren including another Jaw collab and remix for Nic Fancuilli’s ‘Wild’.

Moving into deeper grooves, Ukrainian producer Qbeck delivers ‘Alice’ – a chugging roller courtesy of faint tribal drums and tension building before the dark brooding bassline takes hold and the clarity of the cool as ice vocals cut through the smoke. Vocalist Julia Govor was born in USSR Abhazia, grew up in Kuban and became a DJ in Moscow, also a producer but now focusing on being a singer and working with undiscovered talents.

Not so much a fresh face is Clarian from Footprintz, the duo that provided the glowing, sophomore release on Visionquest ‘Utopia’ back in March 2011 and has a highly anticipated album on the horizon.  Third track of the EP ‘All Over All Kinds’ marks the beginning of Clarian’s solo project. Extracting some of the whimsical flavor of the Footprintz otherworldly pop sound, ‘All Over All kinds’ packs more punch for the dancefloor with stomping claps and sub bass interplayed with Clarian’s gothic vocals and meandering cosmic melodies