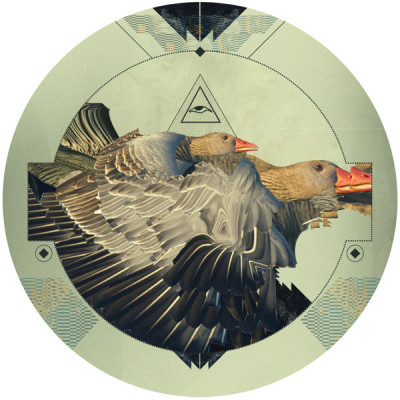 Making a stand-out debut on the Visionquest imprint, one of North America’s most dexterous and versatile producers Brett Johnson steps up with ‘ç’ – a dense and heady double hitter of quirky chemical romance and rolling sharp edged house with an evocative lick of vocals courtesy of Ellipsis.

Dallas native Brett Johnson has been in the business of blowing up dancefloors for quite some while employing multiple guises. As producer, DJ and label owner, Brett has deftly crossed boundaries over house, techno disco and R&B delivering a cascade of benchmark releases for well over a decade including ‘Stucco Homes’ on Classic, ‘Temptation and Lies’from album project with David Barker and his momentous remix of Scooper & Bubba ‘I’m Satisfied’. Brett has also been running own imprint Bang The Box with close friend Lance DeSardi since 2007.

A-side ‘Move Power’ featuring the enigmatic vocals of Andre Lewis aka Ellipsis is a peak time banger with lashings of cutting edge soul. Always exploring futuristic house sounds, Brett fuses leftfield modern magic with analogue keys and otherworldly FX to create a musical head-trip for the senses. Big percussion, tough rhythms, twisted acid lines and complex melodic textures combine and crescendo with a bang while the eerily tinged vocals yield emotion to compel the dancefloor. The ‘Move Power (Dub)’ ascends with a wonked out euphoric quality for an alternative trip.

B-side ‘Furtherer’ is a prime example of Brett’s propensity for groove. A rolling tech cut with a tough exterior and bubbling centre, its intricate percussive patterns, bleeps that will be a certified winner on the floor worked with bizarre samples for the most mind-bending hour of the night. Visionquest proudly welcome to the fold one of modern dance music favourite son’s.