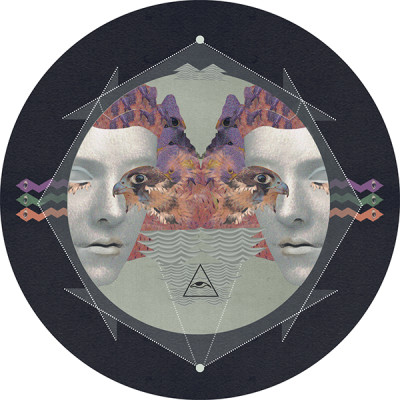 Visionquest’s latest offering comes courtesy of the industrious Butch. Evoking ancient God’s of the ancient times is the theme for Butch’s latest release; and it’s not hard to see why once you’ve had a listen to this one, which oozes with mysterious and mythical charm.

Butch is no stranger to the scene, in fact if anything he’s become somewhat of a stalwart over the course of the 100 releases he has amassed on high profile labels such as Sei Es Drum, Rekids and Cocoon. Named ‘Producer of the year’ several times over the course of his career, he his renowned for his exceptional skills and his ability to work within a variety of electronic genres successfully.

In ancient Egyptian times Horus was the god of the sky and was characterised as a man with the head of the hawk. This one takes off initially with a barrage of otherworldly squeaks and bleeps which twist and turns until the introduction of a huge percussion section makes it clear that this is going to be an epic flight. Otherworldly vocal snips and samples lead the way until a juno-esque bass-line enters the foray and takes this one to a whole new level driving it – and the dance floor – until the very end.

On the flip we come face to face with Medusa, a gorgon from Greek mythology who’s hideous features could turn men to stone. But contrary to it’s title this one won’t have you turning to stone, it will actually have you moving rather hypnotically along to its lush glockenspiel melodies and the ever evolving percussion which is filled with the most weird and wonderful sounds.

A great godlike double-header from Butch’s and the Visionquest stable.