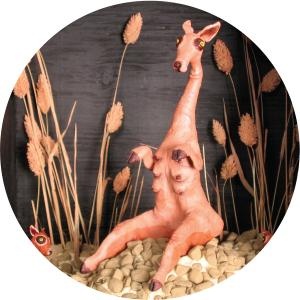 Talented producer and live artist Pezzner is next up on the Visionquest imprint to deliver a stunning four track musical soundscape in the form of ‘The Island Fantastic EP’.

“The Island Fantastic is a bit of a creative return after taking a short personal hiatus to experiment stylistically through the early months of 2014. Last Summer Lee asked me if I had any music to submit for the vinyl compilation series they were doing.  I didn´t have any tracks and in my best efforts, I could only come up with noise.  But in the fall I sat down to write with all intention of sending these works to Visionquest.  Here we have 4 songs. They draw no narrative of anything other than maybe an awakening after a long creative hibernation.” Pezzner

‘The Answer’ is a deep groover for the dance floor, while ‘Bird Flu’strips things back moving into a luscious melody and abstract beat. Over on the B-side ‘The Island Fantastic’ rolls with intricate percussions and shakes, building with intensity. Last up ‘Anthology’is a deep chugger culminating into a medley of melodic synths and haunting vocals.

o+ Resident of Seattle Washington, David Brian Pezzner is a welcome addition to the Visionquest catalogue. After some time producing music as a duo he decided to go solo and in 2010 he released his debut album on Freerange Records. He’s since had releases and remixes on labels such as Systematic Recordings, 8 Bit and Crosstown Rebels offshoot label RebelLION, receiving a massive response. Sought-after as remixer, he has been called upon to reinterpret the works of Josh Wink, Groove Armada, and Underworld just to name a few. Always featuring new productions, remixes and originals, his live set continues to take him to the far edges of the dance music map, reaching the heights of festival appearances and club shows all over the world.