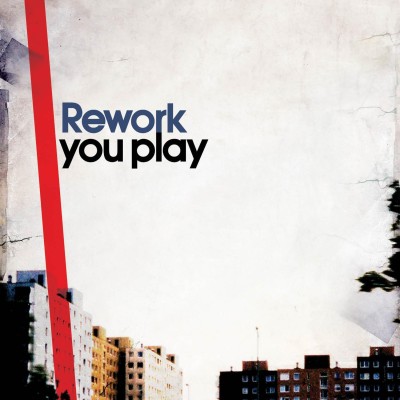 Visionquest welcome talented production trio Rework onto the label with ‘You Play’, an album of eleven crisp and wonderfully rich tracks combining elegant rhythms with snappy vocals that blurs the distinction between the underground elite and modern popular culture.

‘You Play’ album has a rock n roll attitude to the dancefloor, spiced up with French and English lyrics about the ramblings of that crazy little thing called love.

Following critically acclaimed work on the much-esteemed Playhouse imprint, their third album signifies a change in intensity for Rework’s Anglo-French funk antics, adding a dash of dancefloor melancholy. Rework understand how music works for the dancefloor with key tracks such as ‘Flowers and Girlfriends’ and title track ‘You Play’ cut for serious music heads, while the futuristic melodies of Rework’s ‘Perfect Gun’ have a new-wave feel reaching into sublime pop territory.