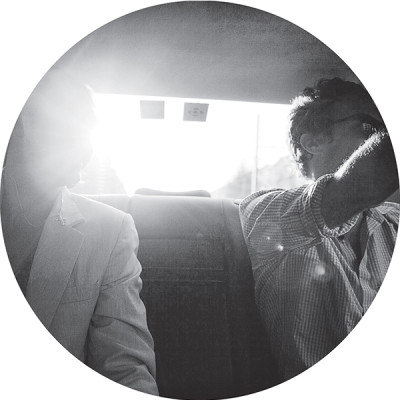 Renowned for their sublime, lyrical take on dance music, DC / Berlin based duo Benoit & Sergio return to their spiritual home of Visionquest with some freshly crafted groove ridden thrills. More set in the smoke and heat of the club than their vocalised bittersweet visions, the ‘Your Darkness’ EP showcases the duo at their dancefloor focused playful best whilst incorporating infectious vocal samples, searing melodies and pulsing rhythms. Opener ‘Splash’ is at once murky and tropical as the bassline grinds underneath light footed percussion whilst title track ‘Your Darkness’ is a deep and moody groover with signature rich synth work. Closing track ‘Beat Macho’ is a wayward beast with a darker edge and satisfyingly complex chugging framework that makes for a heady trip into the depths of the night.

Leaving an indelible mark on a selection of pioneering labels since 2009 – Spectral Sound, DFA, Hot Creations, Culprit and of course Visionquest have all fallen prey to Benoit & Sergio’s unique brand of sensuous electronics. The duo first appeared on Visionquest for the imprints’ inaugural release in 2011 ‘Where The Freaks Have No Name’ featuring the ubiquitous ‘Walk And Talk’ – a quintessential slice of romantic techno. Then in late 2012 the ‘New Ships EP’ further demonstrated the duo’s ability to mix visceral energy with the emotional.

Gaining the title of  breakthrough electronic artists of the year in 2011 and featuring in RA’s best live act poll in 2011 and 2012, they also had the tracks ‘Everybody’, ‘Principles’, ‘Let Me Count The Ways’, and ‘Walk and Talk’ variously charted in top 20 year-end polls for Resident Advisor, Mixmag and DJ Mag. The duo have since been enlisted to remix heavyweights such as Matthew Dear, Metronomy, Hot Natured and covered Daft Punk.

This year the duo is working on completing their long anticipated debut album co-produced with DARKSIDE aka Nicolas Jaar and Dave Harrington, and set to be released on the magically diverse Other People imprint. A single will be dropped as a teaser in the not too distant future.