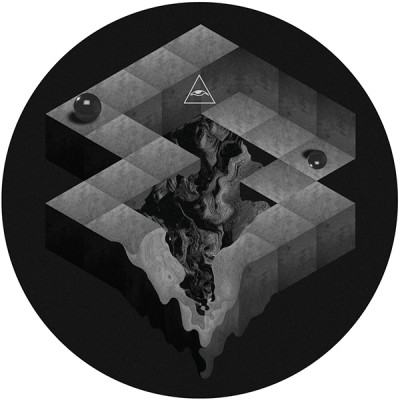 Montreal dream pop duo Footprintz have already captivated the world with their magical debut album on Visionquest ‘Escape Yourself’ and next single ‘Fear Of Numbers’ is about to keep the fire burning. As much a vehicle for a true remix master as a light shone on this album highlight, Leo Zero filters ‘Fear Of Numbers’ through his own Balearic vision and fuzzy warm lens across one remix and two alternative Dubs. Unveiling laid back percussive rolls and expansive grooves, the Zero remix is a slow, chugging masterpiece while the Alternative Dub imbues a digital folky pop feel with playful keys and a searing melodic synth-line.

The ‘Leo Zero Remix’ has already been named Pete Tong’s Essential New Tune on BBC Radio 1 and the Visionquest crews have called it one of their favourite releases so far on the label, hammering it in their sets on the Visionquest Thirteen Tour.

DJ/Producer Leo Zero has become one of the hottest remixers in the UK working with Lana Del Ray, Florence and The Machine, Azealia Banks, Paul Weller and Bryan Ferry to name but a few. Leo Zero’s extensive hand in the scene of underground disco / acid house has included running cult disco edits label Easter Bay, setting up the Faith brand and party series with Terry Farley, Stuart Patterson, Bill Brewster and Dave Jarvis and currently involves collaborative projects Mountain of One and Zarrylade. A solo album ‘Acid Life’ was released on Leo Trax in 2011.

Clarian North and Adam Hunter aka Footprintz released debut album ‘Escape Yourself’ on Visionquest this March, to wide critical acclaim. On an alternative solo path Clarian released ‘The Chemical Gardens EP’ on Visionquest earlier this year.