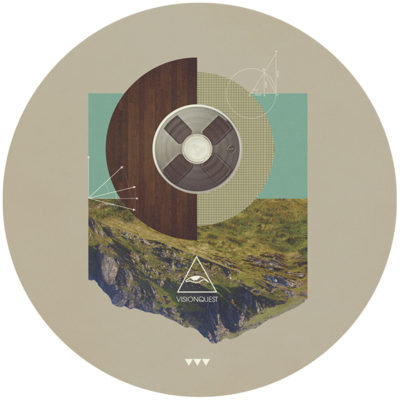 Visionquest returns late May with Mirko Loko’s ‘Alba Mons’ EP, comprising two original
compositions and a remix from Livio & Roby.
Swiss producer Mirko Loko has been releasing material since 2008 via revered imprints such as Loco Dice’s Desolat, Luciano’s Cadenza, Planet E and Wagon Repair. Here though we see him return to Visionquest his collaboration with Jaw back in 2012 and his track ‘Gloria’ which featured on the label’s ‘Fall-Winter Collection’ in 2011 when it launched.
Mirko makes a welcome return with the ‘Alba Mons’ EP and deliver two original cuts in his signature stripped back and hypnotic style, up first is the original mix of ‘Evolyon’, a seven-minute snaking journey through electronic synth sequences, dynamic and ever-evolving rhythms and subtle background modulations throughout. Romanian duo Livio & Roby step up on remix duties to follow, making their own mark on ‘Evolyon’ with low-slung crunchy drums, thundering low end pulses and bubbling snippets from the original synth lines billowing away in the depths of the record.
The package is then rounded off with the second original from Mirko, entitled ‘The Hutchinson Effect’ and embracing an off-kilter percussive feel accompanied by glitched out synth whirrs, sporadic pad swells and a chugging bass groove that ebbs and flows throughout its near nine- minute enchanting groove.